Saint Christopher is the subject of many legends and stories. The man who would become  St. Christopher was a ferryman named Offerus. He was a large, strong man who carried people across a river. One day a child asked him for transportation to the other side of the waterway. Offerus completed the request, even as the child grew heavier and heavier. The child later revealed himself to be Jesus, who carried the weight of the world on his shoulders. Offerus became known as “Christopher” which means “Christ-bearer”, as a result. St. Christopher is the patron saint of travelers and transportation. Our line of St. Christopher patron saint medals serve as holy reminders of this beneficent friend that we have in heaven 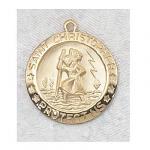 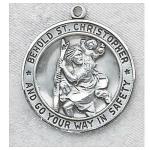 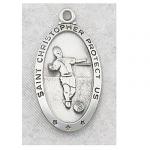 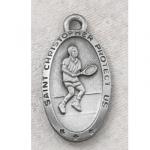 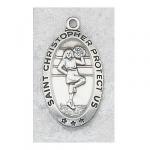 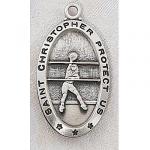 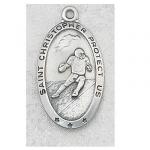